On the 14th of October 2005 we announced that ‘Fraction’ had signed to Faith & Hope. Everyone at Faith & Hope was so proud that Manchester band haa signed to us. We signed the deal after their ‘Leaves’ support slot at Manchester’s Night and Day and planned to release their debut single soon and start recording their album early 2006. Well that was the plan at least. 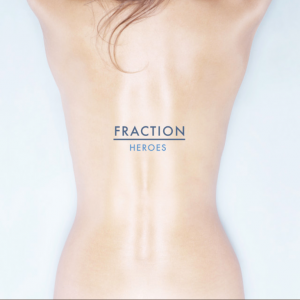 The first bit went well and by early November 2005 Fraction’ debut single, ‘Heroes’, with ‘Tiles’ on the B-side, was out in the shops as a limited edition 10 inch vinyl. To support the single, they did some live dates at The Lamp, Hull and played Blowout at The Bierkeller, Manchester; and appeared on the BBC GMR show, ’Michelle around Midnight’ playing a couple of acoustic songs and they played the new single.