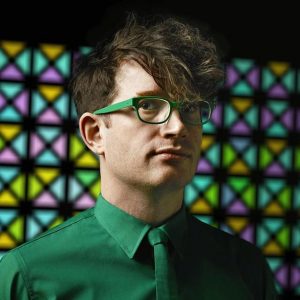 Neil Claxton is the co-founder and director of Faith & Hope Records Limited (and was ‘Head of A&R’ from 1997 to 2007 when the label ceased signing and releasing new material).

After leaving University of Salford in the early 90’s, Neil enjoyed glittering pop success by remixing and producing artists such as, Gabrielle, Urban Cookie Collective, Boyzone, East 17, Doobie Brothers and Stone Roses (to name but a few). Neil quickly became one of the most respected remix producers in the UK working for labels such as Epic, Columbia, Jive, Warners, Polydor, Sony, MCA, and Arista.

From 1997 until 2004, he was one half of Mint Royale with Chris Baker; but after Chris left the band in 2004, Neil continued to produce music solely as ‘Mint Royale’.